When Adrian King-Edwards, the owner of The Word Bookstore, started selling second-hand books from his living room in 1973, carefree hippies would occasionally arrive barefoot. The scores of thronging students also caught the attention of local police.

Adrian, who had recently graduated from McGill as an English literature major, put a picture of George Bernard Shaw in the front window, so locals knew where to go, and hosted weekly poetry readings with his then-partner, Lucille. Their apartment became known as ‘The Underground Bookstore.’

The police, though, were concerned that Adrian was selling something more sordid than literature. Two police officers raided his home and even searched through his kitchen spices but found nothing.

In 1975, Adrian noticed a for-rent sign for the laundrette next door, which a Chinese family had run for 70 years. He learned over the phone that it would be $175 per month for the modest, two-storey building, originally built as a horse stable. Adrian seized the opportunity. He moved the trunks of books from his living room, gathered more McGill textbooks, and opened The Word with Lucille.

Forty-eight years on, many of the original quirks remain. They only accept cash, make phone calls on an analogue phone, the books by the window-sill rotate regularly, and local poets still come for readings. 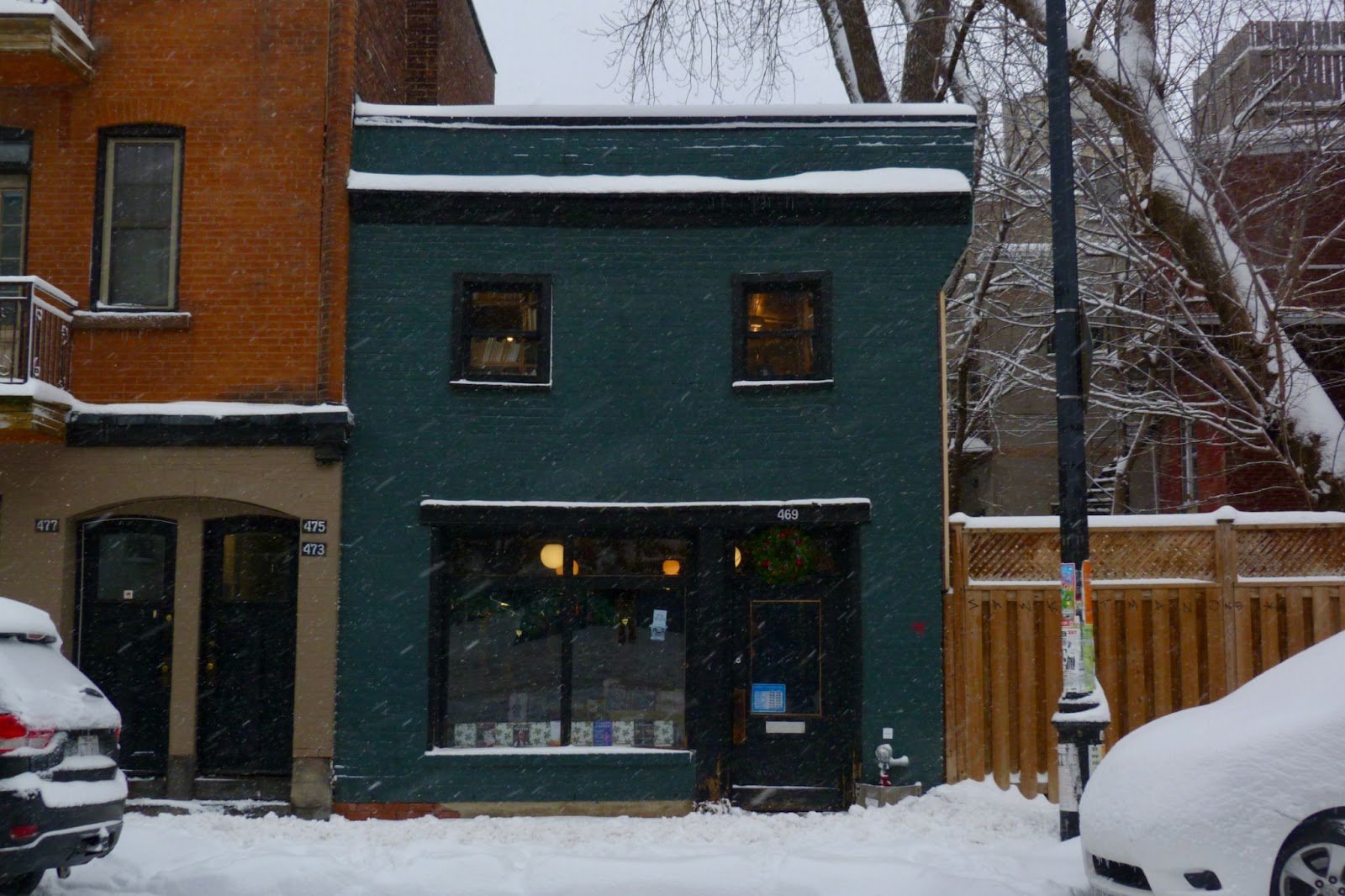 Adrian, now 73, no longer lives in the apartment next door. He moved to a stately family house around the corner on Aylmer Street and lives with his partner, Donna Jean-Louis, and dog Bjarni, an eight-year-old black Labrador. Adrian also has two sons from his first marriage, Brendan and Nick.

Donna, 73, is originally from Nova Scotia and enjoys collecting limited-edition children’s books. She also loves to cook and often entertains bookstore owners at their house after book fairs, sometimes cooking for 35 people at a time.

Adrian met Donna when he opened the store, and the two became good friends. Once they parted ways with their previous partners, they became closer and married 10 years ago.

Now, they run the store together, selling the majority of books from the shop and the rarer items from their home. They also love to read, and every week make time to read aloud to each other.

They’re very selective about sourcing books, mostly acquiring titles on scholarly literature and philosophy. The process takes the pair around the world, but typically involves two or three weekly house calls in Montreal.

Along with selling books, they rent boxes of books to film companies, and have featured in box office hits such as Life of Pi.

“Later tonight, we are going to a storage unit which has 50 boxes for us to see,” Adrian said, his eyes lighting up.

It’s no secret that online book retailers have made life harder for independent bookstores. Adrian believes that low rates of homeownership among young people have hindered demand for second-hand books as well. But nothing could have braced them for the COVID-19 pandemic.

“I had prepared for the store to burn down or to be robbed, but McGill closing? No way.” 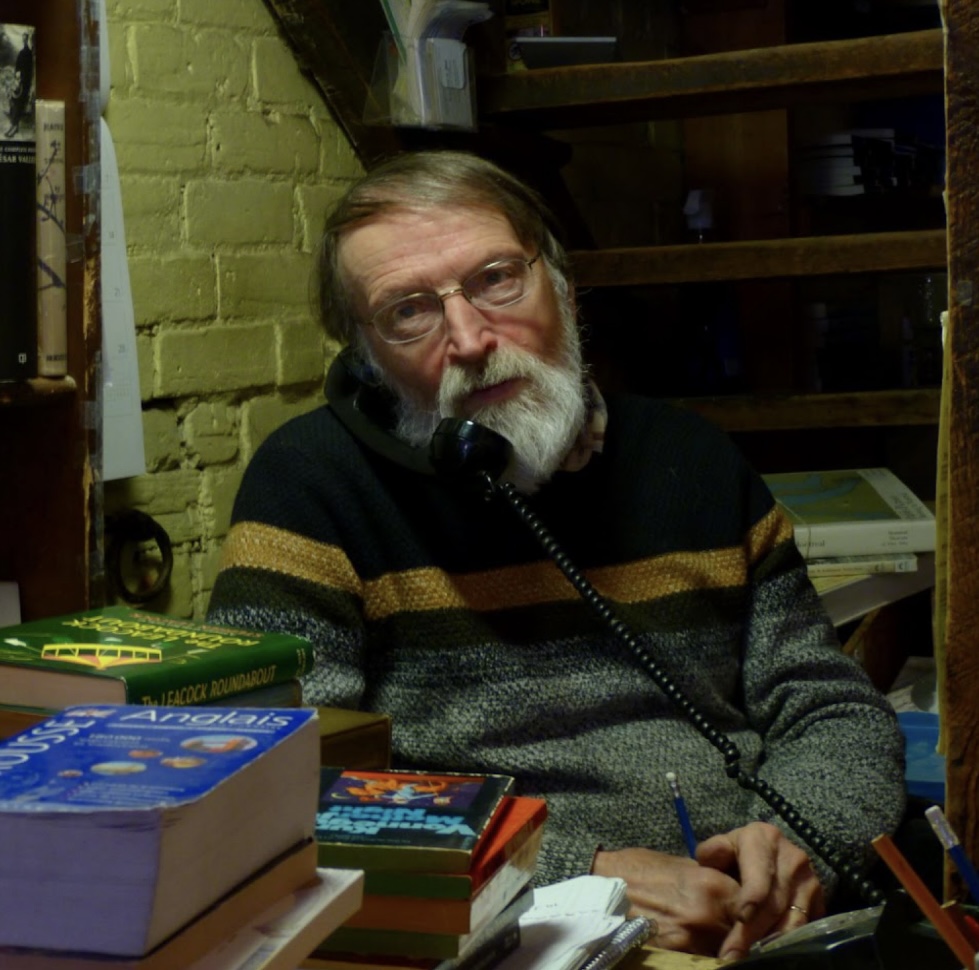 His son Brendan, 42, struck up the idea to deliver mystery boxes of books across the island, with Adrian and the family handpicking books for each box and selling them online.

“It turned out pretty well,” Adrian said. “The roads were quiet, we could go to parts of the island we have never seen before, and we sold a few too.”

With the loosening of pandemic restrictions, Adrian is upbeat about the future, though he laughs when business students do their class projects about his store and ask about his ambitions. To throw them off, he tells them he would like to downsize.

In response to whether he can tell if somebody is not a book enthusiast, he replied, “Oh yes. They will stand too far away from the books […] and probably get their phone out.”

For the 40th anniversary of the store, they invited customers to their home for drinks and cake, serving a metre-wide cake to over 400 people. The 50th is two years away and will certainly be a community event as well.

“That’s something we will have to plan,” Adrian said, smiling with his eyes, “but it will have to be bigger.”

Local Stories is a new series on the stories of Montrealers.