The AL MVP debate has the Tribune Sports baseball experts charged up. Adrian Knowler thinks Josh Donaldson has the award locked down, but Sason Ross is not ready to count defending MVP Mike Trout out of the conversation.

At this time last year, the American League (AL) MVP debate wasn’t worth having. Outfielder Mike Trout was surely going home with the award, following two years of finishing a close second to Detroit Tigers slugger Miguel Cabrera. He mashed 36 home runs and accumulated a massive 7.9 wins above replacement (WAR)—a stat that measures a player’s value in terms of wins for his team—in a season that saw him lead his Los Angeles Angels to a Major League Baseball (MLB) best 98-64 record. Sure enough, Trout won the AL MVP by unanimous decision. This season has unfolded differently for Trout and the Angels, however. Los Angeles is staring up in the standings, and the playoffs seem beyond their reach.

In the East, the Toronto Blue Jays are trending in a different direction, looking to make the playoffs for the first time since 1993. Leading the charge for the Jays this year is off-season acquisition Josh Donaldson, brought via trade with the Oakland A’s in November. The deal is looking like a bargain for the Blue Jays now, with Donaldson as the frontrunner for MVP. Donaldson leads the majors in both runs scored and RBI, and is third in home runs; but his success runs deeper than these traditional stats.

In 2015, Donaldson so far has a wRC+ of 161. wRC+ is an advanced statistic that demonstrates a player’s offensive value—adjusting for park dimensions and league disparities—when compared to league average offensive production. A wRC+ of 100 represents the league average, which means that Donaldson’s wRC+ of 161 is a full 61 per cent better than the average.

In addition to being one of the AL’s top run creators, Donaldson saves runs due to his excellent defence. As an above average defensive third baseman, Donaldson makes all the routine plays expected of him, with a .954 fielding percentage. But he also has a flair for the dramatic, regularly making superhuman barehanded plays and diving stops. His best was on June 24: With Blue Jays’ starter Marco Estrada’s perfect game on the line in the eighth inning, Donaldson dove into the second row of seats to catch a foul ball with no regard for his safety. His play on the defensive side of the ball has saved a cumulative nine runs above replacement for the Jays this year, according to Fielding Bible.

While Donaldson may not swipe bases like Trout, he has produced 3.4 base-running runs above average in comparison to Trout’s 1.5 according to Fangraphs. He displays excellent instincts to go first-to-third and make crafty slides. In terms of WAR, Donaldson has posted a MLB-leading 8.0 to date.

In the current AL standings, the Blue Jays sit seven games ahead of the Texas Rangers for the second wildcard spot. Without Josh Donaldson’s almost eight wins worth of production, the Blue Jays would likely on the outside looking in with the Twins.  He has done what an MVP should and put his team in a position to compete for a World Series

Donaldson’s impact is the single largest factor that transforms Toronto from a decent team to a truly great team—a team that will be a force to be reckoned with in the playoffs. Much like last year, this season’s AL MVP decision shouldn’t be a difficult one for voters. Donaldson has made the jump from being just another big bat to being the complete package, and has been by far the American League’s most valuable player. 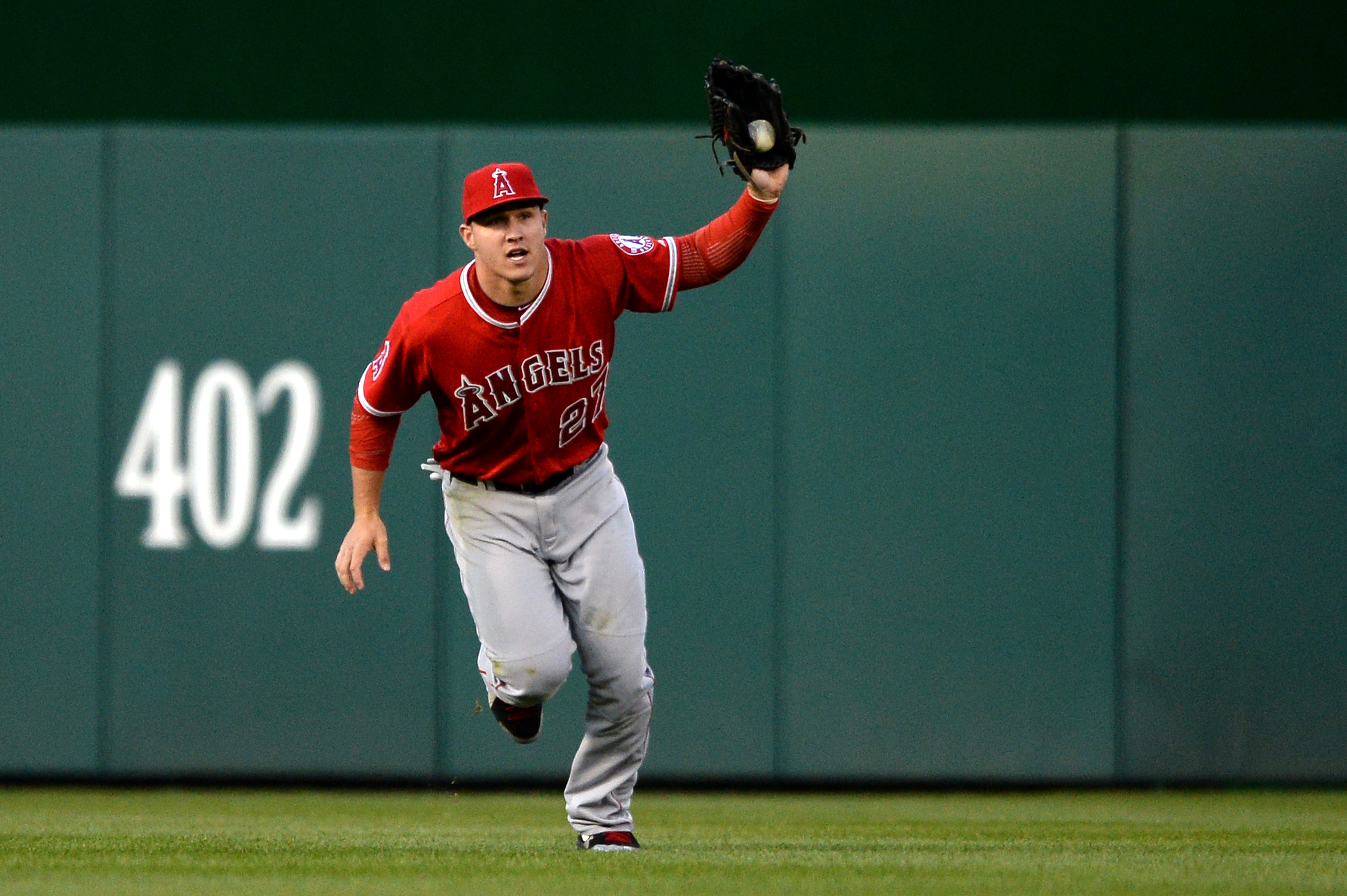 Standing at 6’2”, 235 pounds, Mike Trout, outfielder for the Angels, is undeniably the best overall position player in the MLB.

At the age of 24, Trout is batting just shy of a .300 average (.292), with 76 RBI, 34 HR, and getting on base four out of 10 times (.395 OBP). There are still weeks left in this season, and with Trout’s ability to catch fire like no other player in baseball, he will close the wrongly perceived gap between him and Donaldson.

As the reigning AL MVP, he has put together a fantastic stat line for a disappointing Angels squad, who are in the hunt for a wildcard spot. The lineup that was supposed to protect Trout has fallen flat, with players such as Albert Pujols going through second-half swoons. Trout has had to do it all by himself. Josh Donaldson, on the other hand, has batted in the two-spot for a historic offence all season long.

Some have called Donaldson, infielder for the Toronto Blue Jays, a lock to win the AL MVP award this year. The reasoning behind this argument is because his stats seem to usurp those of Trout, and his team is currently in a position to not only win the pennant, but also take a shot at the World Series. Donaldson is a great player on a great team.

Donaldson is surrounded by the batting talents Troy Tulowitzki, Jose Bautista, and Edwin Encarnacion. The foursome makes one of the most dynamic and dangerous batting orders in the major leagues. The team’s current +203 run differential is the best mark since the 2011 Yankees finished the season +210. Meanwhile, the punchless Angels’ offence recorded the third-worst wRC+ in the AL, its mark of 95 is better only than the Twins’ and White Sox’.

These two players are in completely different situations, and one simple stat proves that. Donaldson is one of 10 Blue Jay hitters who have been better than league average hitters this season (wRC+ greater than 100). On the Angel’s, Trout stands alone. He is playing great baseball with a poor supporting cast.

Furthermore, Donaldson does not lead in some crucial stats. While Donaldson’s batting stats are generally slightly better than those of Trout, Trout has committed zero errors in the field compared to 18 by Donaldson. While it is true that voters tend to be more forgiving of infielder errors compared to outfielder errors, this gap seems indefensible. Furthermore, Trout gets on base at a .395 clip compared to Donaldson’s .374.

People will continue to argue that the stats are the dominant factor on voters’ minds. That may be true, but Trout still has three weeks left in the season. If the Angels are to make the playoffs, Trout is going to need to put the team on his back and blast off. If Trout is able to single-handedly bring his team back into the playoff picture, he is going to make an extremely strong case for the AL MVP.

This is not a wash by any means. Mike Trout is the best pure talent in Major League Baseball, and should be the MVP.

Editor's Pick: Donaldson
While you can never count Mike Trout out of the MVP discussion, Josh Donaldson is having a season for the ages and carrying the Blue Jays to their first playoff appearance in 22 years.