More in Ask a Scientist:

Earth’s surface is constantly changing due to a number of natural processes: Rivers transport sediment, glaciers carve valleys, and colliding tectonic plates build mountains. One of the planet’s most impressive talents, however, is the formation of islands.

In recent decades, various new islands have popped up. The island of Nishinoshima off the coast of Japan formed from an eruption in 1973, and Yaya Island formed in 2013 near Russia. In Newfoundland and Labrador, sea level rise and coastal erosion turned a former peninsula into an island called Sandy Point in the 1960s.

Although islands can be formed by a variety of processes—such as clashing continents, sediment deposition, and glacial retreat—one of the most prominent ways in which they appear is through the convection currents of the mantle, the layer of earth directly below the crust. These currents cause Earth’s tectonic plates to move and interact with one another, which leads to phenomena like earthquakes and continental drift. When tectonic plates are pushed and pulled apart, they form volcanoes, causing eruptions when the plates are pulled apart. As hot magma rises from the crevasses created, it eventually builds up to form islands.

According to Christie Rowe, a geologist and associate professor in the Department of Earth and Planetary Sciences, there are two types of submarine volcanoes that create islands: Island arc volcanoes and hotspots.

“[Island arc volcanoes] are formed when there’s a subduction zone, so the oceanic plate is actually going down into the mantle, where it triggers melting,” Rowe said in an interview with The McGill Tribune.

In this way, a convergence of two plates can result in a long belt of simultaneously active volcanoes, like those of Guam, Tonga, Fiji, and Alaska’s Aleutian Islands.

On the other hand, hotspots are point sources of magma that are not associated with a plate boundary. They typically form island chains like Hawaii, Réunion, and the Azores.

“[Hotspots] can also come up under continents,” Rowe said. “Yellowstone [National Park] is a mantle melt source that’s not associated with a plate boundary.”

The mechanisms that create hotspots are not fully understood. Nevertheless, all volcanoes essentially work in the same way. An island is formed when magma builds up and breaks the ocean’s surface. In some cases, like the island of Hawaii, land masses merge together.

Each volcano is a bit different, and so are the rates at which they form. For many volcanoes, formation can take thousands of years, though some volcanic islands can sometimes appear quite suddenly.

“In terms of becoming an island, it depends on how deep [the] water they’re in [is] and how productive their magma source is,” Rowe said.

The formation of mud volcanoes—which are not true igneous volcanoes, since they don’t contain lava—can be observed in a day. In 2013, a 7.7-magnitude earthquake hit Pakistan and caused a mud volcano to form the island Zalzala Koh, which sank into the ocean three years later. 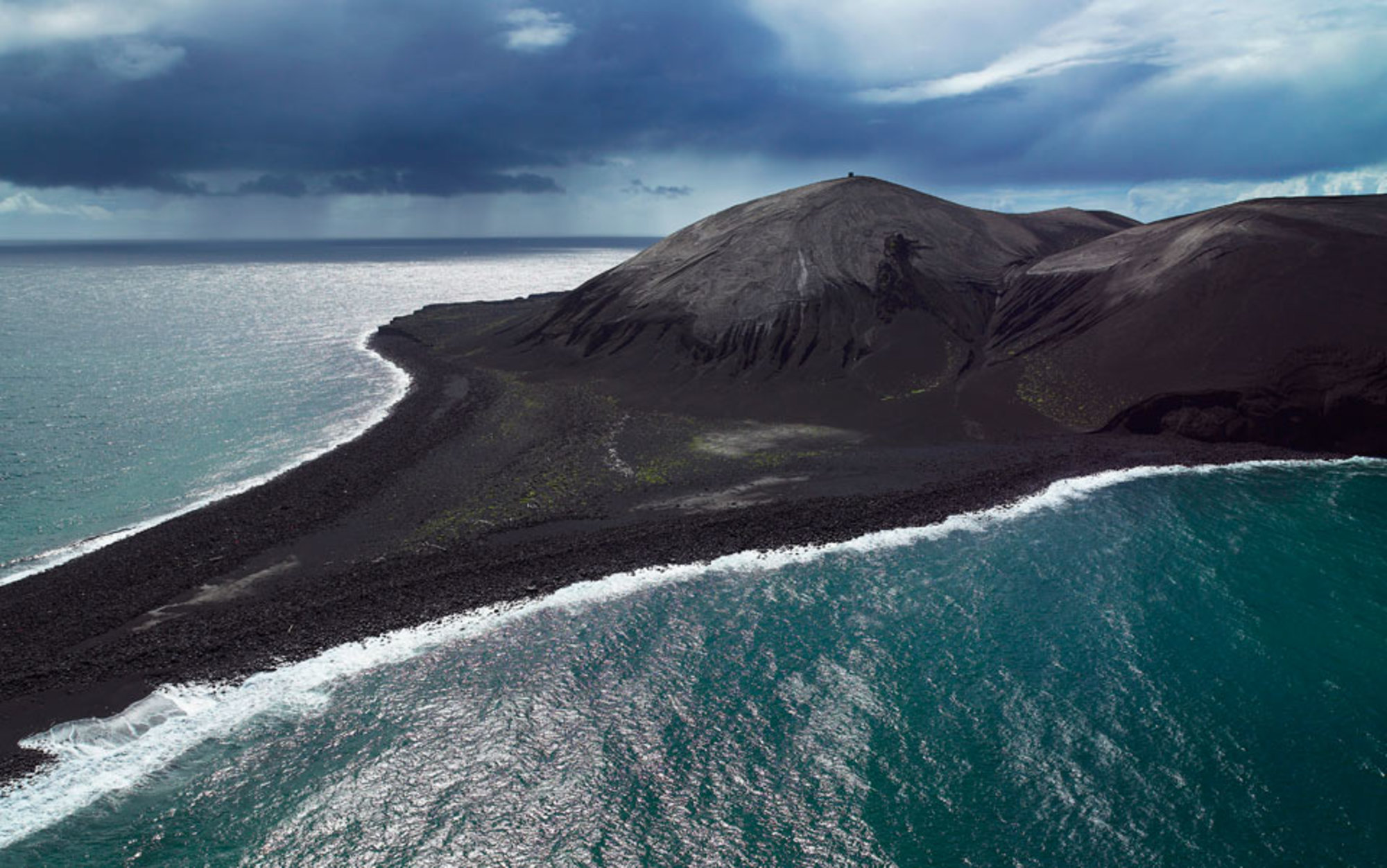 In the 1960s, a three-year-long volcanic eruption off the southern coast of Iceland gave birth to a new island that has since been colonized by plant and animal life. Now a UNESCO World Heritage Site, Surtsey is a valuable location for scientists to study ecological succession.

“There are whole ecosystems basically based off the colonization of volcanic islands,” Rowe said.

Still, the transformation of a barren magma island to one able to support life is not unique to Surtsey. Earth is often called  the ‘Dynamic Planet’ because it is always changing—volcanic islands like Hawaii and Réunion remind us of nature’s ability to do so.