“These are the future of Saturday Night Live, and television, and movies,” Hannah Crichton,  Just For Laughs (JFL) Programming Consultant, said as she introduced the New Faces: Characters show at Montreal’s 34th Annual JFL comedy festival.

Comedic all-stars like Hannibal Burress, Amy Schumer, and Kevin Hart were all once featured in JFL’s New Faces, setting a high bar for this year’s cast. With their seven-minute sets of hilarious improv-style character sketches, this year’s New Faces did not disappoint.

After winding down from their two successful shows at JFL, two New Faces cast members–Lily Sullivan and Natalie Palamides—each spoke with The McGill Tribune to discuss the sources of their comedic brand and the lessons they’ve learned about being rising stars in show business. If her witty characters featured on her YouTube channel or her work with BuzzFeed were to be any indication, Lily Sullivan was bound to amuse in her performance with the New Faces: Characters cast at this year’s JFL. The L.A. sketch comic, who got her start in Chicago, delighted the audience with her set, which was primarily an assortment of ridiculous twists on everyday characters.

Sullivan combines the relatability of spot-on impressions with the shock value of last minute twists to the scenarios she develops onstage. Her portrayal of Francesca, an assertive Portuguese restaurant owner seeking a social media representative to combat online complaints of hair found in the food, was a particular standout. Sullivan kept the audience laughing with a series of punchy lines in a hilarious accent, only to reveal at the end of the sketch that Francesca has been running a hair salon out of her restaurant’s kitchen the whole time. Sullivan’s comedic power lies in her ability to develop a character’s story while building up to a climactic twist at the end of a sketch.

Sullivan attributes her ability to develop witty characters and storylines in part to her training in improv theater. After performing in the  improv group at Bates College for all four years of university, Sullivan moved to Chicago to perform with The Second City—the starting ground for greats such as Tina Fey and Amy Poehler. Through her training, Sullivan developed the ability to derive scripted sets from once-improvised characters that landed well in improv shows.

“A lot of the way that Second City works is you’ll improvise a scene, and then if it goes well you re-improvise it and re-improvise it until you have it scripted,” Sullivan explained. “If I have a good improv scene in a show, I’ll try and take something from that [for a sketch character].”

After conquering the endless demands of improv theatre in Chicago, Sullivan moved to L.A., where she has recently been transitioning from performing in live shows to auditioning for film and television. One of the biggest challenges in doing so has been getting acclimated to performing for one or two casting directors, instead of audiences of hundreds.

“Right now, I feel like in L.A. I’m learning how to audition for TV and for movies, and that’s a whole other skill that […] I didn’t do in Chicago very much,” Sullivan said. “I did a lot of live shows, and I did a lot of improv auditions, so now I’m learning how to audition in front of some TV producer or TV casting director, and that’s a whole other ball game. You’re just with one person alone in a room.”

Meanwhile, Sullivan continues to write and create characters. Post-JFL, Sullivan plans to write a show that takes place in a restaurant, using various sketches she’s already written and performed. Like any writer, Sullivan is no stranger to the pain that goes into the creative process, but she recognizes the necessity of taking risks in order to grow and develop.

“I think a lot of people are scared to create things because they’re scared of what people will say, or if it’s good or not,” Sullivan said. “I think the truth is [your work is] just going to be bad for a long time, so just do it anyway, and then, you know, over time it’ll get better […] If you have good taste in something, the reason that your work is frustrating you is because you have good taste.”

While many writers—comedic or otherwise—are prone to never being satisfied with their own work, Sullivan left her audience contented in her performance at JFL. Having mastered the art of the slow build, Sullivan’s set was relatable, witty, and deeply amusing. 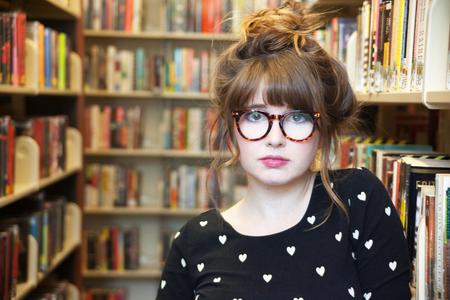 Taking a break from her busy schedule performing at the Upright Citizen’s Brigade (UCB) theatre in Hollywood and voicing Buttercup in The Powerpuff Girls reboot, Natalie Palamides came to Montreal to perform seven minutes of eccentric caricatures in the New Faces: Characters cast.

Palamides set the tone for her unconventional set the minute the lights came on to an empty stage. After inching and grunting her way across the floor in a sleeping bag from the corner of the small Mainline Theatre stage, she carried out her portrayal of a British worm who had just made its way above ground for the first time. After killing the worm  with overexposure to the sun, Palamides seamlessly transformed into her second character, a demonic orphan looking to be adopted by an audience member, despite occasional blackouts in which she screams profanities in a hauntingly deep voice. Palamides’ characters are imaginative and wild, leaving  her JFL audience simultaneously bewildered and entertained.

For Palamides, coming up with a perfect sketch character is a matter of practicing it onstage repeatedly and adjusting according to audience feedback.

“I definitely love coming up with oddball characters, and I like doing things that are kind of out of left field,” Palamides said. “The first time I put a character up, it’s heavily improvised, and I’ll just try and discover new things as I go […] If I have a character that really clicks with the audience after the first time I try it, I’ll continue to develop it, and I just do that by putting it up at more shows over and over again.”

Beyond its utility in helping her develop sketch characters, Palamides’ audience plays an integral role in keeping her on her toes. In her demon orphan sketch, for example, Palamides attempts to convince a front row audience member to adopt her by signing an adoption certificate, only to shock them right as pen is put to paper by transforming into demon mode, screaming profanities, and lifting her petticoat to reveal a fake bloody penis.

Being open to various types of reactions from the audience provides an element of surprise that makes every performance more exciting for Palamides.

“There’s always some fun moments whenever you interact with the audience,because you kind of don’t know what’s going to happen,” Palamides said. “It can get so rigid, doing the same characters over and over again, the same script, so it’s fun to throw in a curveball, even for myself.”

After her successful run at this year’s JFL, Palamides has returned to L.A. to continue to write and perform at UCB. Despite not knowing what her comedic future holds, and cognizant of the painful reality of being Palamides remains optimistic about continuing to do what she loves.

“Every day is a challenge, but you just gotta keep going,” Palamides said. “Constantly in Hollywood, you’re getting knocked down. […] It is challenging, but I see it more as just I’m doing what I love to do, and it’s fun, and it’s exciting to get to create new things, and I love it.”

To see more of Palamides’ work visit her website.